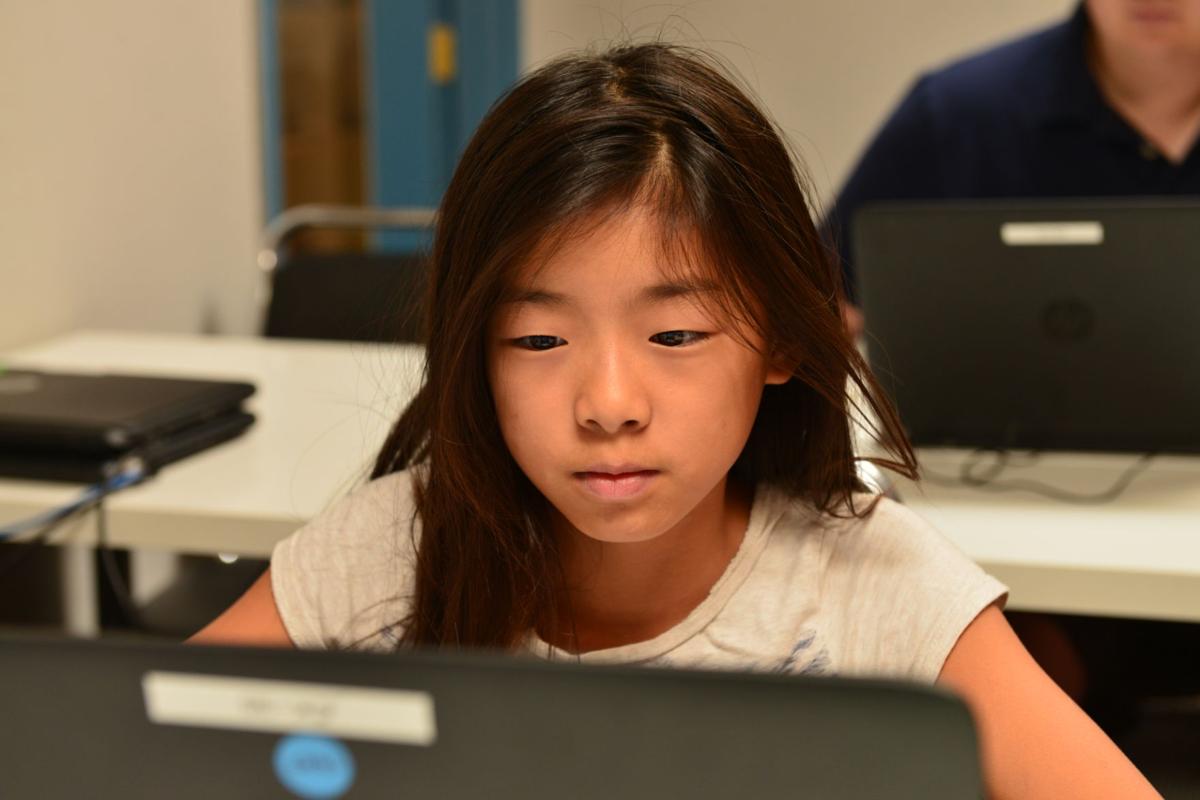 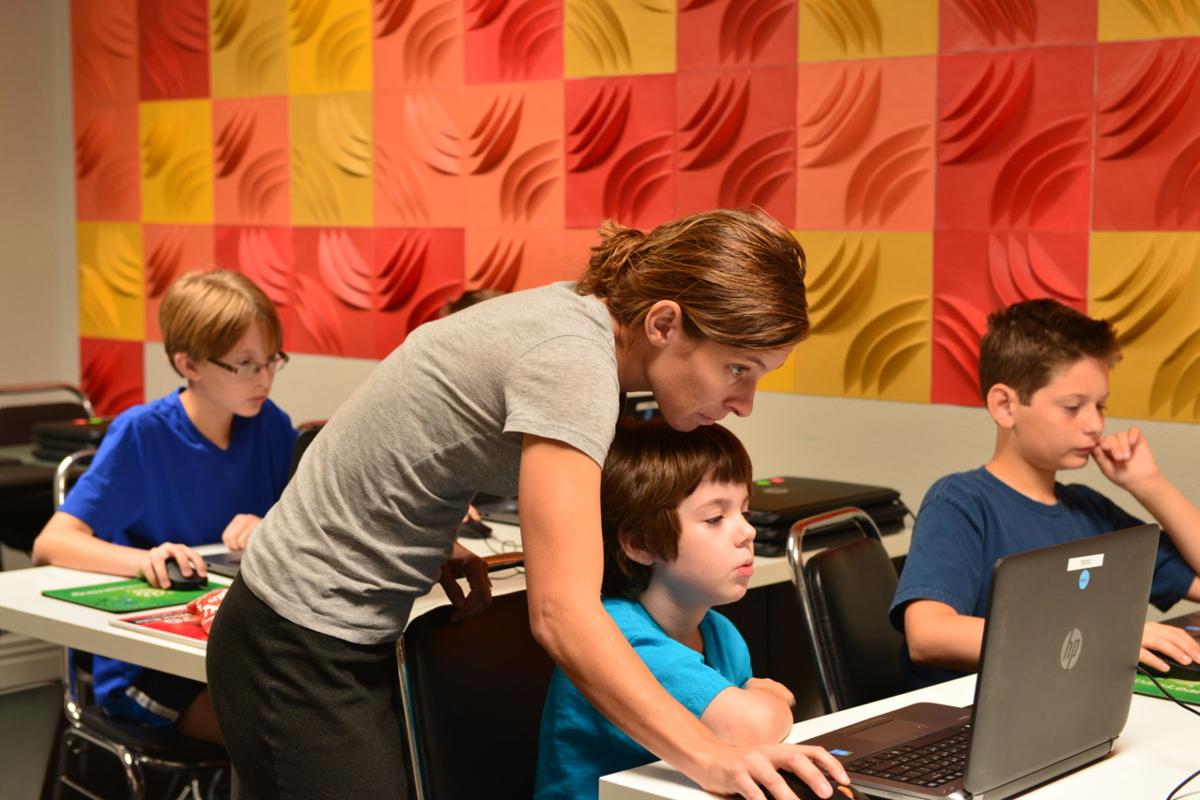 CodaKid, a Scottsdale-based computer coding and game design academy, established a second location in Chandler at TechShop. The academy features weekend computer coding classes for children between 6 and 14 years of age.

CEO and founder of CodaKid, David Dodge, explained to GetOut the creative relationship between TechShop and CodaKid. He was quick to point out his thanks to two ASU professors Brent Sebold and Fred von Graf, for connecting him with the Chandler creative space.

Initially, there was only one CodaKid location in Scottsdale. With the start of classes at the TechShop location, kids in the East Valley will have the opportunity to get further involved; not to mention it’s an easier commute for parents of the area.

“We have a ton of clients that make the drive during the week, on the weekends, for camps, classes or for Code-a-thons from Chandler,” Dodge said. “They’ve been just constantly asking when we were coming down there. I really wanted to find a great location that would fit the image of CodaKid.”

While the October classes are now full, CodaKid will offer another program in the month of November. Those already in the program may take their skills to the next level.

“Our classes are four weeks long, four consecutive Saturdays,” Dodge explained. “Once they’ve taken that, the prerequisite class, in November they will be able to take modding with explosions and special effects. We build sequentially on our program.”

To mod is to make modifications to a program’s original operating procedure. So in this instance, students are learning how to add special effects to their programs through modding. This is something past students have thoroughly enjoyed Dodge said.

In addition to the set month-long course, there is another option open to eager kids: Code-a-thons. These are classes that still have open slots on Saturdays. Parents may enjoy this as a break from 6:30-8:30 p.m. while their kids get the opportunity to learn coding.

Dodge said that CodaKid has achieved much notoriety since its inception almost a year ago. The community is taking notice and parents to teachers to computer experts have been contacting the academy to see how the can get involved.

“Ken Quartermain, from the National Science Foundation in Arizona, he’s a head-getter in tech education here in Arizona, he sends his kids to our camp and loves what we do,” he said. “This November we will be a year old. Our approach is to grow slowly with the highest emphasis on quality.”

Instructor Marshall Cannon went from Arizona State Univeristy college student to lead teacher at CodaKid. His major focused on producing video games and has used his knowledge to help students learn how to do the same.

He gave some insight into CodaKid’s expansion, but emphasized wanting to keep CodaKid within Arizona.

“This is kind of new news, we are going to be launching online classes this winter,” he said. “We are going to be focusing on really using our school partnerships as a laboratory for those online courses. Again, that will all be within the state of Arizona.”

Cannon said that in order for the younger kids to really be involved in the programming there needs to be a purpose behind the learning.

“The biggest thing I’ve learned here is that kids really do want to learn,” he said. “You just need to give them a reason to learn. They have to have something they want to do with the information they’re being given. So in our case, kids do want to learn programming but only if they get to make their own video games. They get to actually produce something with the information they’re learning.”

The teachers are also exceptional in helping the minds of the Valley’s youth. In the pool of applicants, only one out of every 15 applicants will be hired.

Parents and the community should keep their eyes out on the children who attend the academy. CodaKid wants a generation of Arizonans who show a bigger presence in the tech world. It is one of the few K-8 coding and game design academies here in the United States.

According to CodaKid’s mission statement, there will be 1 million unfilled tech jobs, so in order to turn interest toward college applications and ultimately career direction, the academy give students the tools to develop skills in computer programming, modeling, game design, and animation.

“Some people kind of give me this look like ‘come on they’re 7 years old’,” Dodge said. “I think ahead. I have a number of relationships and we’ve been so surprised by the reception we’ve gotten. We all have this hope and vision that the Phoenix Valley area becomes a very important tech hub in the United States in the future. It really takes a village to create that environment. We want to give the kids from an early age the skills to develop 21st-century skills in tomorrow’s economy.”

TechShop is located at the ASU Chandler Innovation Center, at 249 E. Chicago St. in Chandler. CodaKid classes are conducted in Room 130. Parents may register their children for November’s classes or a Code-a-thon class at codakid.com.

• Ryan Santistevan, a sophomore at the Arizona State University Walter Cronkite School of Journalism and Mass Communication, is an intern for GetOut. Contact her at 480-898-6514 or tribintern@evtrib.com.