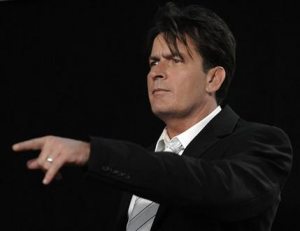 MALIBU, Calif. - A spokesman for Charlie Sheen says the actor's two young daughters were involved in a collision on a highway in Malibu but were not injured.

Authorities say 4-year-old Sam and 3-year-old Lola were in a car driven by their nanny Friday. It was struck by a Honda Civic making a turn in front of them on the Pacific Coast Highway.

The Honda driver was taken to a hospital, but the extent of her injuries was not released.

Sheen's spokesman says the accident could have been worse, but the children were in car seats.

Sheen shares custody of the girls with ex-wife Denise Richards. He also has an older daughter with a former girlfriend and is expecting a fourth child with current wife Brooke Mueller.