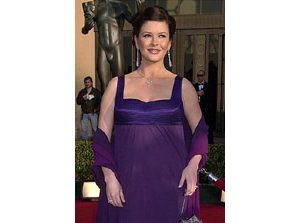 LOS ANGELES - It's a girl for Catherine Zeta-Jones and Michael Douglas.

The couple also has a 2 1/2-year-old son, Dylan Michael. It's the second child for Zeta-Jones and third for Douglas, who has 24-year-old son, Cameron, from a previous marriage.

Douglas, 58, won the best actor Oscar for 1987's "Wall Street." He and his actor-father, Kirk, co-star with Cameron in the new comedy "It Runs In the Family" opening Friday.

The couple married in November 2000 and costarred in the film "Traffic."