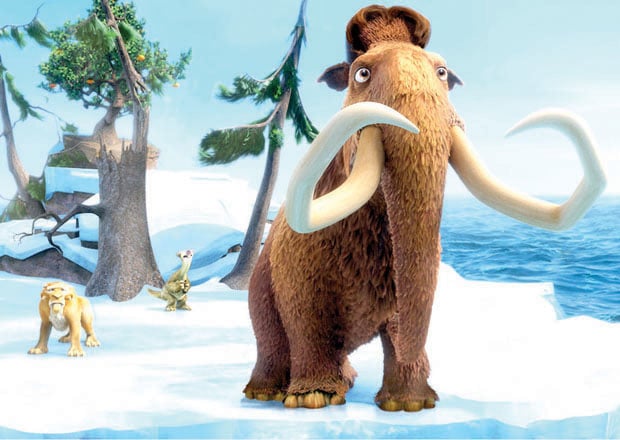 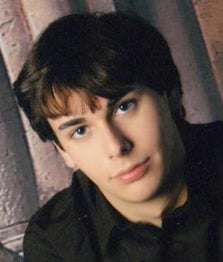 Nick Spake is a college student at Arizona State University. He has been working as a film critic for the past seven years, reviewing movies on his website, NICKPICKSFLICKS.com. Reach him at nspake@asu.edu

It feels as if I already critiqued “Ice Age: Continental Drift” a few weeks ago in my review of “Madagascar 3: Europe’s Most Wanted.” Like that animated sequel, this film is burdened with the excessively recognizable voices of celebrities, overdone morals, and a dire amount of repetition.

Granted, “Ice Age” has persisted to be a much funnier, more charming franchise than “Madagascar.” After four films and countless millions though, it may be time for this ten-year-old series to go extinct.

“Continental Drift” picks up with Ray Romano’s Manny the mammoth, John Leguizamo’s Sid the sloth, and Denis Leary’s Diego the saber-toothed cat living a peaceful life in their frozen world. Manny and his mate Ellie, voiced by Queen Latifah, are having trouble accepting the fact that their teenage daughter Peaches, voiced by Keke Palmer, is not a little mammoth anymore. Peaches wants to chill with the cool mammoth crowd, but instead finds herself hanging around a nerdy molehog voiced by Josh Gad. Sid meanwhile has received custody of his 80-year-old, delusional grannie, voiced by Wanda Sykes. Ellie’s possum brothers are also in the mix as is Scrat the Squirrel, who still can’t hang onto an acorn.

As you can probably tell from that lineup, this movie has more characters than it knows what to do with. The names listed above don’t even make up half the cast of virtually expendable characters. But as the old saying in the animation industry goes, “The more cute animals on screen, the more plush toys we can sell!” That’s essentially what “Ice Age: Continental Drift” feels like, a ploy to sell merchandise rather than advance a narrative.

Manny is separated from his wife and daughter when the continents begin to separate. Stranded on a piece of ice, Manny, Sid, Diego, and Grannie set out on a journey at sea to get back home. They hit a road bump however, when they are taken hostage by a band of pirates. The crew is lead by the always-entertaining Peter Dinklage as the deliciously evil Captain Gutt, a prehistoric ape. Diego also finds a potential love interest with the captain’s first mate, a female sabre-toothed cat provided with the thick Puerto Rican accent of Jennifer Lopez. The ensemble for this McDonald’s Happy Meal just keeps growing.

The story is pretty much on autopilot from this point on with an occasionally amusing, though not particularly inspired, action sequence and references that won’t exist for another couple centuries. There are also some attempted lessons about parents letting their children grow up, kids respecting their elders, and the virtue of family. To the film’s credit, these are commendable messages to pass onto young audiences. But they’ve simply become worn-out by vastly superior films. Pixar’s “Brave” basically encompassed all of the same morals that “Continental Draft” does. But that film handled the material in a much more sincere, meaningful, timeless fashion. Here, it’s kind of tacked on.

The highlight of “Ice Age: Continental Drift” is the opening short staring Maggie Simpson in “The Longest Daycare.” It’s a fun five-minute cartoon done entirely without dialog as the infant Maggie attempts to save a butterfly from a merciless baby with one eyebrow. Maybe “Ice Age” should take a page from “The Longest Daycare” and limit the series to short subjects from this point on. It’s always a joy to see Scrat the Squirrel open a movie with his escapades. “Ice Age 5” on the other hand, is less than called for.

Nick Spake is a college student at Arizona State University. He has been working as a film critic for the past seven years, reviewing movies on his website, NICKPICKSFLICKS.com. Reach the reporter at nspake@asu.edu

We want to know what you think! Click here to write your own movie review and you may see it appear online at EastValleyTribune.com or in print!

We ask that you please not share with us anyone else's work (make it your own!), and please adhere to EastValleyTribune.com's user agreement, which can be found by clicking here.

The "Ice Age" films, which now number four, might have a prehistoric setting like the Flintstones, but their cartoon world is much closer to W…

Ryan: Only thing 'Ice Age' offers is a way to cool off

More than 10 years after the first movie hit theaters, the arrival of “Ice Age: Continental Drift” will hopefully mark the extinction of a wor…

With 'Idol' behind her, Lopez eyes more films

NEW YORK — Jennifer Lopez was part of the all-star cast that helped lead "Ice Age: Continental Drift" to the top of the box office over the we…