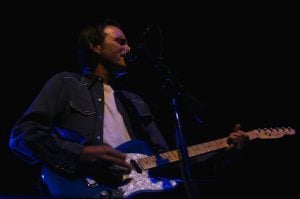 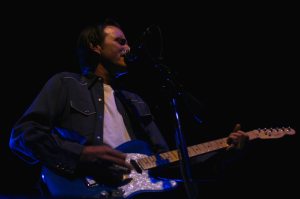 WHAT'S IN A NAME? Valley country combo The Revenants (Brad Buxer, Bobby Domings, Bruce Connole, pictured, and Paul Schneider) have changed their name back to The Suicide Kings — a name they used in the late ’90s — and are set to rele

WHAT'S IN A NAME? Valley country combo The Revenants (Brad Buxer, Bobby Domings, Bruce Connole, pictured, and Paul Schneider) have changed their name back to The Suicide Kings — a name they used in the late ’90s — and are set to rele

When longtime Valley country combo The Revenants got a cease-and-desist letter - from Satan! - that precluded further use of that name, the band wanted to use its old moniker, The Suicide Kings - but that's where things get confusing.

"It's a real easy story," assures Suicide Kings singer/songwriter/guitarist Bruce Connole. "We were the Suicide Kings (in the late '90s), and there were some guys from California who were the Suicide Kings who had evidently taken a law course or something, so they decided to scare everybody else who had the name. So I was reading (philosopher) Carl Jung at the time and I ran across the word 'revenant,' which I really liked, and then we were The Revenants.

"Then we went on hiatus, and when we reformed a year and a half ago, we got cease-and-desist letters from a death metal band from Louisville," Connole continues. "The guy's name was Satan, and I think Satan thought he was gonna hit the big time," and he trademarked the name.

"So on the same (Web) page I checked to see if (Satan) had registered the name 'The Revenants,' " Connole continues, "I bothered to look up 'The Suicide Kings' and of course the guys that were gonna ride the one-way ticket to stardom on that name had let their trademark lapse."

So The Revenants are back to being The Suicide Kings - and applied for the trademark - but the band is still getting hassled.

"Some clothing company in New York is giving us grief," Connole says with a laugh. "I mean, can't we do anything?"

The Suicide Kings (Connole, drummer Bobby Domings, keyboardist Brad Buxer and bassist Paul Schneider) formed in the late '90s when Connole, who had been in some of the Valley's best rock bands (Billy Clone and The Same, The Jetzons, The Strand) since the late '70s, began following his country songwriting muse.

"I loved (country music) when I was a kid, but I wouldn't tell anybody," Connole says with a laugh. "When you're sitting around with your pals on acid and saying, 'Hey, man, how about that Hank Williams?' it's like, 'Hunh?' "

After living in L.A. in the late '80s, soaking up the stripped-down Bakersfield sound of Buck Owens and Merle Haggard, Connole began teaching himself banjo and country guitar and wrote a collection of tunes that would wind up on The Revenants' first CD, "Artists and Whores" (1998).

Since re-forming in 2006 (The Revenants went on hiatus in the early '90s, during which time Connole formed bluegrass outfit Busted Hearts), The Suicide Kings have recorded a batch of tunes ready for release, and it looks as though noted Nashville, Tenn., producer Al Benetta and Oh Boy Records (home to singer/songwriters John Prine and Todd Snider) will be the label to release the disc.

But fans of The Suicide Kings won't have to wait until a release date to hear the new tunes.

"We have a six-song industry demo we made to get label interest, but right out of the gate we got the deal with these guys in Nashville," says Connole. "So we're gonna give them away at the (Hollywood Alley) show."