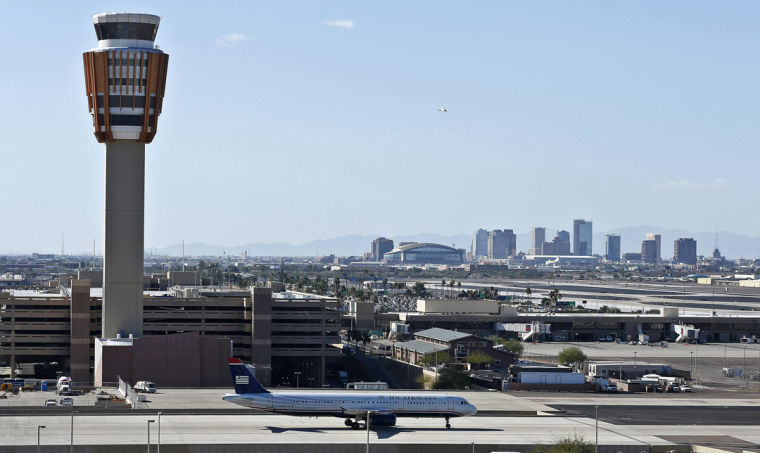 A US Airways plane taxis past the flight tower at Sky Harbor International Airport in Phoenix on Feb. 8, 2013 [Ross D. Franklin/AP photo] 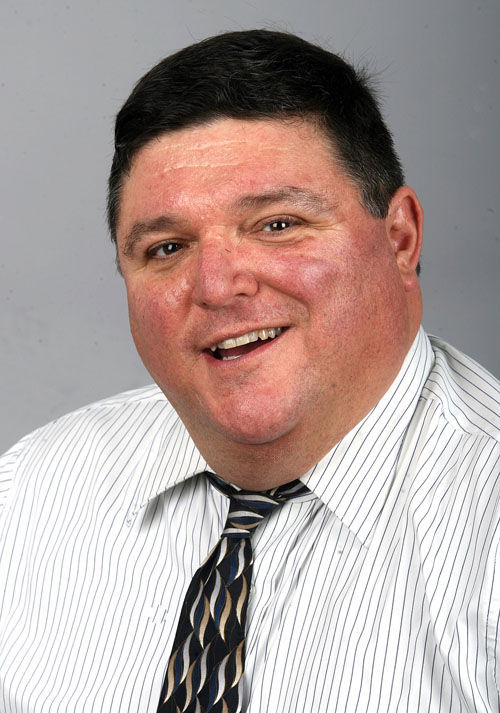 Mark J. Scarp is a contributing columnist for the Tribune. Reach him at mscarp1@cox.net.

It was my first real glimpse of Arizona that wasn’t through an airliner window. And even though over the years much of it has become obscured, I hope somehow it is preserved and removed to a place where it can continue to welcome wide-eyed and wondering children to their new home.

Paul Coze’s mural on the west wall of what is today called Terminal 2 at Phoenix Sky Harbor International Airport captivated my 8-year-old mind in 1967. Three panels and nearly 100 feet long, it was dominated by a big, red, crowned phoenix bird presiding over the march of history that made the Salt River Valley into a modern city.

The mural, which was completed for the opening of the terminal in 1962, depicted a destination, appropriate for an airport, and all the layers of a new place.

It had Indians, cowboys, friars, locomotives, office buildings, agriculture, mountainsand valleys. It depictedthe glory of art and science, with even a spaceship flying across the big sky in all three panels leaving an arching rainbow trail behind.

Below it was a granite round diorama depicting the Salt River Valley under a big glass dome that was created by Salt River Project. In three dimensions it showed the lights and buildings of the growing Phoenix area in the center and the series of dams and lakes on the river.

Visitors could push buttons mounted along the edge that would light up the Valley’s natural and man-made features including each dam and many of the buildings. Highways leading out of town were few, thin and not very straight, taking on more curves as they made their way from the Valley floor into the mountains along the edge of the diorama.

The mural was likely my second view of Arizona that wasn’t through that passenger window. The first was a sign facing the opposite direction as my family and I emerged from the small concourse and up a ramp into the big atrium where the mural hangs as something you have to pass on the way to baggage claim and the ticket counters.

The sign, aimed at departing passengers, read, “Hope you enjoyed your stay! Come back soon!”

To a kid, signs never said anything friendly. Exclamation points on signs kids usually encounter are for enforcing a prohibition of something: Do not enter! Keep out! Stay away! This was the first one that not only didn’t warn me or scold me, it wanted me to return someday.

I don’t remember what I took from that walk through the terminal, but I’ll bet it was a feeling I’d like to find out more about this new place we were visiting – in July – to see if we liked it enough to move here.

The airport announced this past that it intends to spend millions of dollars to expand Terminal 3 to the east of Terminal 2, the latter destined to be torn down. It was only a matter of time; heaven forbid that one of the busiest airports in the nation still offered parking in a small garage directly across the street, the distance to the terminal from where you parked your car not too much longer than the crosswalk painted across Sky Harbor Boulevard.

They’ll probably renumber the terminals as well; it’s been years since the original, called Terminal 1, was razed, leaving Sky Harbor with 2, 3 and 4, confounding first-time visitors who can’t figure out where 1 went. My money’s on A and B.

But back to the mural: I’m sure I’m not alone in believing that it is one of the most important images of our community, now grown so much beyond the edges of that SRP diorama it might take an entire room to depict in similar detail today’s Valley of the Sun.

The expanded Terminal 3 will take a few years, meaning we have time to start talking about that Terminal 2 mural and how to save it. When the decision was made to tear down and rebuild my former high school in Scottsdale, it was also decided to save and preserve the mosaic depicting the fine arts, created from thousands of ceramic tiles and having decorated the old auditorium.

It was painstaking work that some believed couldn’t be done. But each time I drive by the new high school, with that mosaic carefully reassembled on the face of the new auditorium, I’m reminded of the rising of the phoenix, of new from old, of how things can never be as they were before, but can be the stuff of memories and of the promise of things to come.

Football more than a game for Mountain View's Roberts family

Mesquite badminton sweeps Tempe for 4th win of the season

Skyline offense unable to muster anything against Mountain View