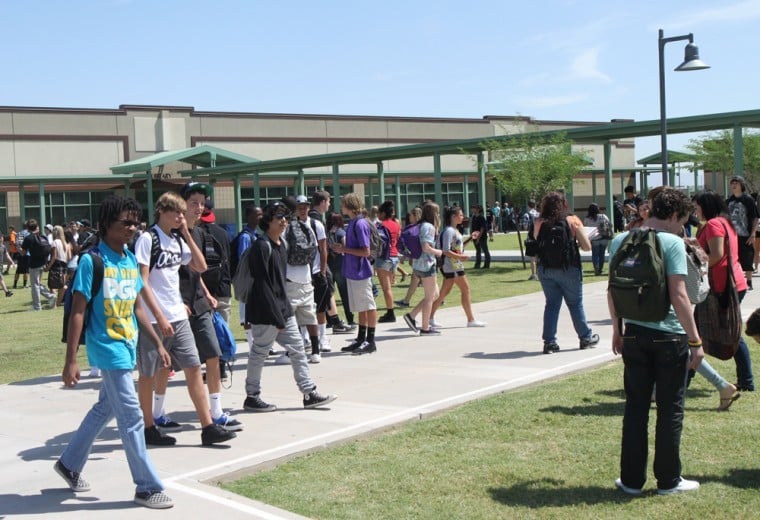 Gilbert's Campo Verde High School (pictured in this 2011 file photo) is at capacity according to a report to be presented June 25, 2013 to the Gilbert Unified School District governing board. The committee examined classroom use at each of the district's elementary, junior high and high school campuses. [Photo courtesy Gilbert Unified School District] 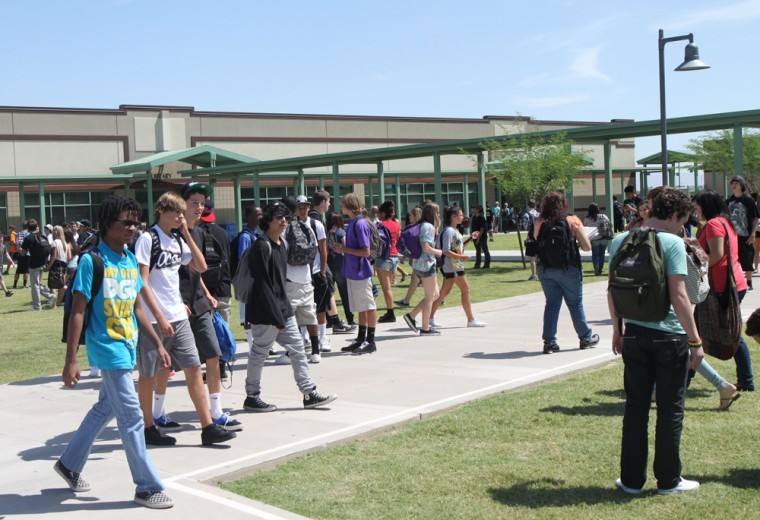 Gilbert's Campo Verde High School (pictured in this 2011 file photo) is at capacity according to a report to be presented June 25, 2013 to the Gilbert Unified School District governing board. The committee examined classroom use at each of the district's elementary, junior high and high school campuses. [Photo courtesy Gilbert Unified School District]

I’m not sure when schools took on the dreaded job of teaching kids about the birds and the bees. But, I am sure they’re darn sorry. Especially those front line managers.

I wish parents would or could teach their children themselves, but many won’t or can’t and even those who can won’t do it the way the Left and the Right think they should, so here we are, strangers jostling over the most private part of a person’s life. Those persons — our children.

The Tempe Union High School District (TUHSD) Governing Board is the latest to find itself in the stew. Under its direction, an advisory committee is working on recommending sex education curriculum, a heavy task.

The head of that committee, Zita Johnson, tells me that TUHSD currently “has no approved program.” Yet, I’m told by some parents that a program, called “Northstar,” is being taught in several district schools. If so, who approved it?

Johnson’s assignment won’t be easy. In recommending a plan, the committee must adhere to SB 1009 passed in 2012. It requires all instructional material, on sex education, to support childbirth and adoption as a “preferred option to elective abortion.”

In fact, the Alliance Defending Freedom has warned the district that it will sue if SB 1009 isn’t honored.

That warning, after it was learned Planned Parenthood was invited to present three sex education plans to the advisory committee Jan. 7. Word was, the agenda allotted only 15 minutes for public comment.

Johnson would be wise to steer away from Planned Parenthood as a contributor on any level. Planned Parenthood carries the political burden of promoting abortion. The nearly 100-year-old organization, heavily funded by your tax dollars, is pure poison for any public school system.

One Tempe parent, Peggy McClain, a precinct committeewoman in LD18, refers to Planned Parenthood’s 2012 fiscal year (cnsnews.com). It reports 327,166 abortions and only 2,197 adoption referrals creating a ratio of 149/1, a staggering difference and proof the organization cannot be an unbiased, much less, a credible consultant.

McClain says, “I am not trying to shut Planned Parenthood down. I just want the public informed, especially the taxpayers and school boards in Arizona who deserve facts when making decisions regarding students.”

McClain wonders out loud if we should revisit the practice of offering sex education in public schools where agendas tend to run wild. That’s paddling backwards, you say? Or is it possible sex education has been fouled by dangerous, political manipulation? (More on that in another column).

Johnson says additional curricula are yet to be heard. They will be presented by different experts and the public will be given more time to speak. In response to this column, district Superintendent Kenneth Baca promises “the district will be in compliance with SB 1009.”

As I see it, sex education touches the very souls and life patterns of each student, influencing friends and their future families. I’m with McClain when she says, all parents need to research, become fully informed regarding instruction in their children’s schools, rather than “piggy-back on other’s opinions.”

You’ll want to begin now. Feb. 4 will be your next opportunity to provide influence.

Mesquite falls to Liberty, Sunnyslope in day 2 of the Tournament of Champions