You are the owner of this article.
Edit Article Add New Article
You have permission to edit this article.
Edit
Home
The Mesa Tribune
Scottsdale Progress
The Chandler Arizonan
Gilbert Sun News
Sports
Best Of
Digital Edition
More
Classifieds
Contact Us
1 of 3 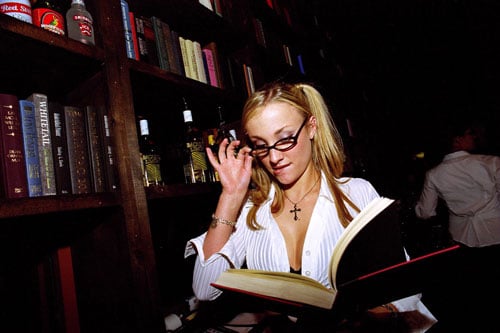 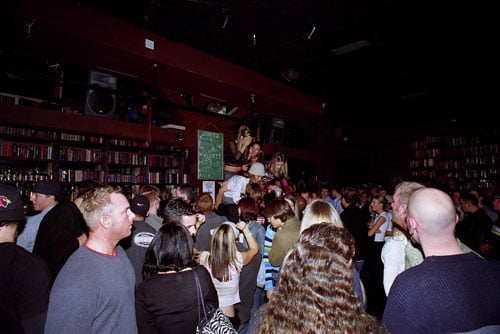 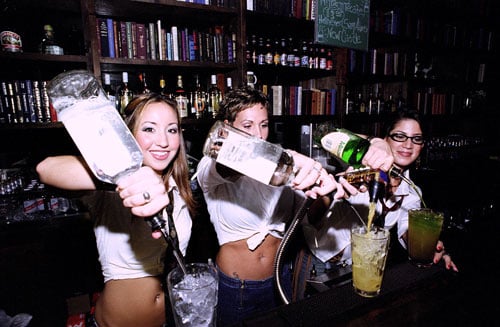 The popular Library Bar & Grill on Mill Avenue has closed after negotiations failed on a new lease.

The Library, which has been open on the southeast corner of 5th Street and Mill Avenue for eight years, closed May 27, said Jake Guzman, the general manager.

The lease expired in September, and the Library's owners have worked for months to renegotiate, but in the end, they "couldn't come to an agreement on a competitive, marketable lease," Guzman said.

"It was not an easy decision to close and lay everyone off," said Guzman, adding the restaurant had 64 employees. "A lot of tears were shed."

The independently owned bar and grill was known for its library-look atmosphere and waitresses dressed as uniformed school girls who danced on the bar at least every hour. The restaurant also hosted bands and DJs, Guzman said.

With sales down 35 percent since last year, high rent and recent city and statewide sales tax increases, Guzman said the owners were trying to negotiate for a lease that was a "fair market value."

Guzman also said the building had several issues, including plumbing problems, that needed to be addressed.

"It was going to be a difficult summer," said Guzman, 45, a board member for the Mill Avenue Coalition and the manager of the former Tempe location of McDuffy's Sports Bar for 10 years. "Unless we got our lease renegotiated, we didn't feel like it was going to work."

Cushman & Wakefield, the commercial real estate brokers and consultants, did not return a call for comment.

The Library's owners have plans to reopen along Mill Avenue or nearby and be up and running by the beginning of the upcoming school year, Guzman said.

Chad Wilford, a co-owner of Fat Tuesday on Mill Avenue and the president of the Mill Avenue Coalition, said he "always hates to see a business" close.

"It's unfortunate that they couldn't negotiate with the landlord," Wilford said. "Given the high rent, it's hard to sell enough food and drinks to pay rent."

Despite the down economy, Wilford said Fat Tuesday's business is actually up about 10 percent. Fat Tuesday has been open on Mill for 20 years, and serves food and alcohol.

"Mill Avenue is still alive," he said. "That (the closing of The Library) was a personal issue, not a Mill Avenue issue."

Wilford said despite the empty storefronts, many new restaurants are moving in along Mill Avenue, such as Five Guys Burgers & Fries, Jimmy John's Gourmet Sandwiches and Robbie Fox's Public House.

"It's a shame that The Library ended up closing," Wilford said. "I have a hard time believing that space will stay closed for long. That's a prime location."

The best books for summer

Normally, this section of the Tribune is all about giving you ideas for venturing out into t…

I remember when it was across the street from Ritter Jr. High.

Will the last person leaving Mill Avenue please turn out the lights?!

I visited this establishment once a couple years ago. Absolute worst service I've ever received in my 53 years on earth. Good riddence.