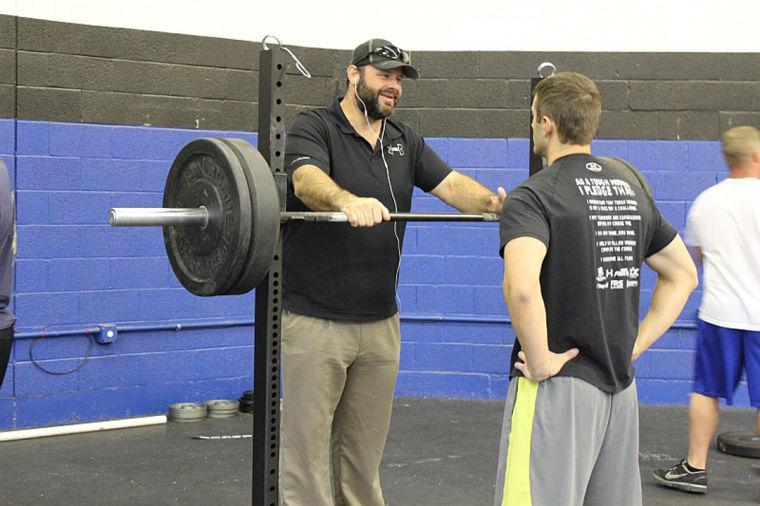 John Rhode, now owner of Trust CrossFit in Mesa, won $250,000 by losing 220 pounds on NBC's "The Biggest Loser." Now he's sharing what he's learned and experienced with others at his own East Valley studio. [Daisy Prado/Special to Tribune] 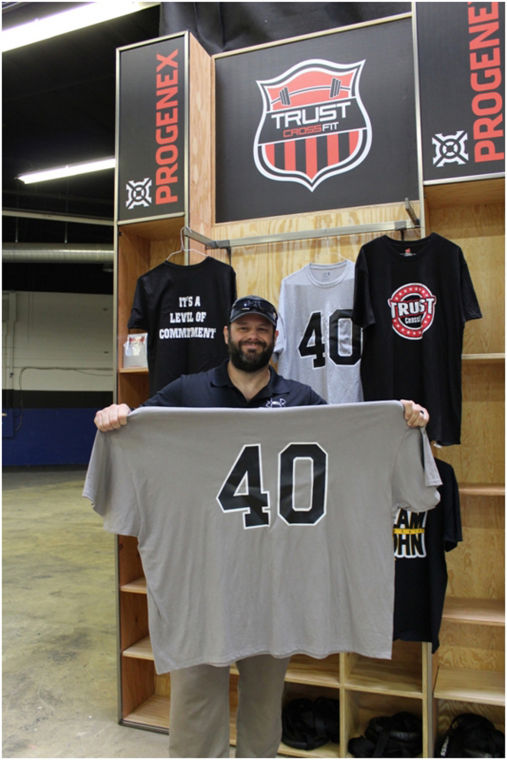 John Rhode, now owner of Trust CrossFit in Mesa, displays the shirt he wore at the start of competition on NBC’s “The Biggest Loser” when he weighed 445 pounds. Rhode won his season, and $250,000, by losing 220 pounds. [Daisy Prado/Special to Tribune]

John Rhode, now owner of Trust CrossFit in Mesa, won $250,000 by losing 220 pounds on NBC's "The Biggest Loser." Now he's sharing what he's learned and experienced with others at his own East Valley studio. [Daisy Prado/Special to Tribune]

John Rhode, now owner of Trust CrossFit in Mesa, displays the shirt he wore at the start of competition on NBC’s “The Biggest Loser” when he weighed 445 pounds. Rhode won his season, and $250,000, by losing 220 pounds. [Daisy Prado/Special to Tribune]

Desperation. That is what prompted John Rhode’s journey to success.

Weighing 445 pounds at 6-feet-4-inches tall was not the ideal lifestyle Rhode had in mind.

In May of 2011, he was cast for the NBC reality show “The Biggest Loser,” a TV show where people compete for a cash prize by attempting to lose the highest percentage of weight in relation to their original total. With the help of nutritionists, doctors and personal trainers, Rhode lost about half his weight — a total of 220 pounds.

“Anything is possible if you understand your motivation,” Rhode said.

By being the “Biggest Loser” he won the grand prize of $250,000, but more importantly, he won his life back.

Rhode used that money to open his own gym in Mesa: Trust Crossfit.

Crossfit has been a relatively unorthodox way of getting fit, but its popularity has risen drastically in recent years. It focuses on functional movements such as pulling, pushing, squatting and lifting. In doing so, each person improves on the following areas of fitness: cardio, endurance, stamina, strength, flexibility, power, speed, coordination, agility, balance and accuracy.

Each day the gym has a “Workout of the Day” that can be viewed online. Variety is key to Crossfit and it is what draws in many of its members.

Rhode devotes all his time to his gym, taking off only Tuesday and Thursday nights to coach his son’s football team. Not only is he there for one-on-one coaching, he also leads all of the classes. Being a smaller gym with a more personal touch is one of the ways Trust Crossfit has been successful and different from other gyms.

“When you do workouts with a close and similar group, you bond quicker. When you go to a traditional gym, it’s very packed and you don’t get to know people”, said James Myrmel a new member of Trust Crossfit.

Membership rates for Trust Crossfit are $150 monthly without a contract. A 12-month contract is $99 per month. Teachers, first responders and military personnel are also eligible for a discounted rate. Daycare is also available for the children of Trust Crossfit members.

Rhode said that while he was only concerned about helping other people feel better about themselves when he opened the gym, it has become a profitable business, too.

“It isn’t about the money; it’s about paying it forward,” he said.

Rhode said getting fit and having your own business have similarities.

“You need to take risks,” he explains. “That is the only way anything is ever going to happen.”

He cites the late Pat Tillman, the former Arizona State University and Arizona Cardinal football player — turned Army Ranger — who was killed in Afghanistan, as inspiration. Rhode explains that Tillman used to say that he always wanted to be out of his comfort zone.

“That is how you know you are growing,” Rhode said.

• Arizona alone has over 300 fitness centers and gyms.

• 88 is the number of Crossfit locations in Arizona

Mesquite wins 4A title behind the arms of Granillo, Morales