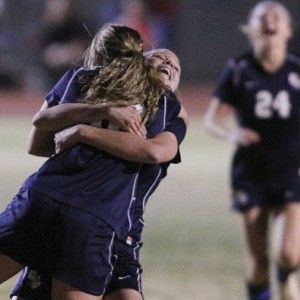 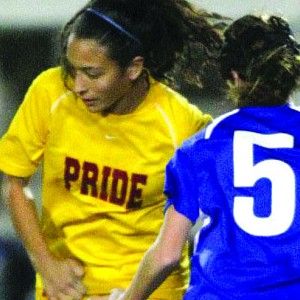 Mountain Pointe's Cera Hassinan, left, has been one of the mainstays on the varisty roster for the Pride. 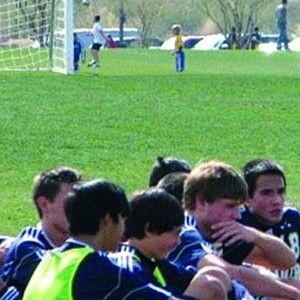 Desert Vista coach Michael Rabasca, right, has a strong senior class returning in hopes of advancing deeper into the postseason. 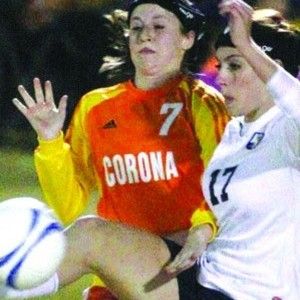 Mountain Pointe's Cera Hassinan, left, has been one of the mainstays on the varisty roster for the Pride.

Desert Vista coach Michael Rabasca, right, has a strong senior class returning in hopes of advancing deeper into the postseason.

There have been far better seasons when it comes to soccer for Ahwatukee Foothills than the one that transpired.

Desert Vista sent both the boys and girls teams to the postseason, while the Horizon Honors boys team also qualified.

But all were gone after the state quarterfinals.

It doesn’t lower the bar for 2012, by any means. More than likely it didn’t sit well and just creates more of a focus on taking a step further, getting back to the level of play area programs are used to.

The Horizon Honors boys team brings back eight seniors from last squad, but is breaking in a new coach in Paul Ringennberg.

The team opened the year last week and the new coach feels the pieces are in place to build on last year’s success.

“We should do well and make it to playoffs again this year,” Ringennberg said.

The Thunder boys lost in the first round last year and should have a chance to make a deeper run this year despite losing leader Cesar Sandoval to graduation.

The Thunder has a core of five seniors who will determine how good the Thunder are this year.

Mountain Pointe had one of its worst season under coach Brian Sabato, who has a 119-60-4 record entering his ninth season.

“We are looking to improve on our record from last year,” Sabato said. “We have shown a tremendous level of enthusiasm and they are eager to learn. We have a tough schedule and we are looking to be as competitive as possible each time we step out there.”

“We have great team chemistry and guys that are willing to do what it takes for the team to be successful,” Sabato said.

The girls programs might be in a better position, especially the Desert Vista program as the Thunder becomes more comfortable with Marin Hypolite’s style in his second season.

Desert Vista opened 8-0 last year, including a win in the Tempe Diablo tournament, and had the best postseason by making it to the quarterfinals before losing 3-1 in overtime to Pinnacle.

The Thunder bring back most of the core from the team that went 12-2 in power ranking games a year ago.

“The team has a sense of urgency and the pride is very evident in this year’s squad,” Hypolite said. “We have a well-balanced team from seniors to freshmen. We are faster and more aggressive than last year.”

“We want to win the second state title at Desert Vista,” Hypolite said.

Mountain Pointe just missed out on the postseason a year ago and will try to make up for it in 2012 by getting rounding back into playoff form.

Purcell: How to improve the Summer Olympics

After homework and chores are done, most kids like spending their free time after school wat…

The Mountain Pointe boys basketball game had its season debut canceled on Wednesday, Nov. 21 because the wrestling team also had a home event …