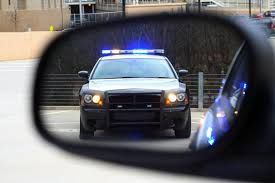 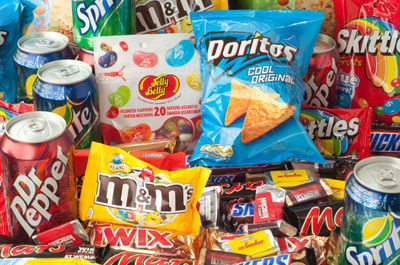 PHOENIX -- Starting today, you'll be able to escape speeding tickets twice as often, sell junk food to raise money for school programs, and be able to hide your big Lottery win from friends and families, at least for a while.

And you will no longer need a special motorcycle license to pilot a three-wheeled car -- assuming you can find one to drive.

All those changes to state law enacted this past session by the Legislature take effect Friday.

Lawmakers approved 324 measures. Many are technical and affect only those in selected businesses, like changes to laws about scrap metal dealers and dictating how much banks need to pay in fees to open branch offices.

Others are feel-good bills, like declaring copper to be the official state metal to allowing motorists to obtain a special license plate whose proceeds would be used to provide scholarships to the children of people in the military. And that's on top of more than 60 special license plates the state already has.

And there is the perennial tinkering with the state's criminal code, much of it affecting only those who are lawbreakers.

But in that category fall several bills that could make otherwise law-abiding citizens into criminals.

Consider a new law which makes certain kinds of begging for food or money -- or even selling Girl Scout cookies on the street -- a crime if the sales pitch is too aggressive.

It makes it a crime for someone to solicit money or sell goods in a public area by knowingly or recklessly making physical contact with another person.

The measure also outlaws approaching or following the person being solicited in a way "to cause a reasonable person to fear imminent bodily harm.'' And it bans continuing to solicit after being told to stop.

Another new law aimed at begging makes it a crime to push the crosswalk button if the purpose is not to cross the street but instead to stop traffic to beg or sell something to passing motorists.

That issue of traffic was on the minds of lawmakers this past session on several fronts.

Arizonans who have gotten speeding tickets have been able to wipe them off the books for years by attending defensive driving classes.

These classes are as expensive as paying the ticket. But pursuing the alternative means the citation won't be reported to insurance companies, meaning no hike in premiums.

What's changing is that motorists will be able to wipe out one ticket every 12 months, twice as often as now permitted.

The vote came over the objections of insurance industry lobbyists who argued that shielding information on bad drivers will mean good drivers pay more. But a majority of lawmakers sided with those who said the courses, which are now offered both in person and online, have merit in creating better drivers.

Lawmakers got rid of an antiquated and unenforced provision of law which requires motorcycles be equipped with handrails for passengers. And the same law finally makes "ape hangers'' legal, those raised handlebars that are above the shoulders of the operators.

Separately, the law now will read that a passenger can ride on a motorcycle only if the bike is equipped to carry more than one person.

Legislators decided that it will no longer be necessary to have a special motorcycle license to operate three-wheeled vehicles -- but only certain types.

The measure was crafted to help Elio Motors which plans to build a car with two wheels in the front and one in the rear. The change means that more Arizonans would be able to legally operate the vehicle.

As written, though, the change applies only to vehicles if the driver and passengers ride in an enclosed seating area, it is equipped with a roll cage and safety belts, and, unlike a motorcycle, is controlled with a steering wheel and pedals.

These are glorified bicycles with at least four that are propelled by an electric motor as well as the eight or more passengers sitting on either side behind the driver who can pedal. Also known as "pub crawlers'' or "beer bikes,'' they are popular in some commercial neighborhoods with night spots.

Only thing is, they have until now operated in a gray area of the law as they are not technically vehicles even though they operate on the streets. Under the new law, they will be classified as limousines, a category that will legally allow the passengers in back to drink.

Legislators also decided to flex their muscles and impose new limits on the rights of local governments.

For example, one measure bars cities from enacting regulations requiring background checks when guns are sold at city-owned facilities. It is aimed specifically at Tucson which has such an ordinance.

Since the rule was put in place, gun-show operators have moved their operations to privately owned sites where the city ordinance does not apply. Now, however, they could once again return to the Tucson Convention Center and ignore the city ordinance.

Lawmakers also agreed to block cities from banning plastic bags or charging for their use.

And another new law curbs the ability of counties to require owners of home-based businesses to make various improvements to their property, like installing shelving, display racks or new exterior doors. Business owners also are now permitted to display temporary signs on the property, no larger than 2 feet by 2 feet.

There are several measures that could fall under the category of providing less government regulation.

At issue are year-old federal guidelines that govern what can be sold to students during the day. They must meet certain nutritional requirements for calories, sugar, sodium and fat, with limits on volume and caffeine content for beverages.

Only thing is, the federal definition of what constitutes the school day includes some time afterwards. And that thwarted efforts to sell candy, cup cakes and even snow cones to raise money for special causes. This new state law allows the state school superintendent to grant exemptions.

Also taking effect is an exemption for people who apply makeup from laws which require state licensing of cosmetologists. But practitioners will have to post a sign saying they are not regulated.

Another law will allow Arizonans to order their own lab tests without first getting an order from a doctor.

Current law already permits some patient-ordered tests like cholesterol, urinalysis and some blood work. Now all tests are possible.

Proponents pushed this as a matter of giving individuals the power to focus on prevention. But it also got a push from a laboratory that could benefit financially.

On the subject of alcohol, another new law allows microbreweries to produce and sell more without losing the special advantages they have over major brewers. That includes the ability to operate their own restaurants and ship their own products without having to go thru wholesalers.

And anyone marketing something they call an "Arizona wine'' can do so only if 75 percent of the produce is produced from grapes or other fruit grown in this state. It also has to be fermented, processed, bottled and labeled in Arizona.

Whether drinking or not, Arizonans will be able to get bigger prizes for games of skill at bars and restaurants.

The measure was pushed by Dave & Buster's, a restaurant chain that has games available for adult and younger customers, ranging from simple things like tossing balls into milk jugs to more complicated driving skill games. Prizes, now limited to $4 could go to $10.

The same law also applies to pizza chains and other establishments.

And speaking of winners, lawmakers also were focused on those who play the Arizona Lottery.

It bars the state from releasing the names of winners for 90 days after the prize is awarded. Proponents said the temporary secrecy is necessary to help those who get a sudden windfall shield themselves from debt collectors and needy relatives.

And lawmakers did not forget giving businesses what some might argue is an advantage over consumers.

One law says individuals who say they have asbestos-caused health problems must now fill out certain forms before their lawsuit can proceed, including what claims they are pursuing through other avenues like trusts which handle the assets of now-bankrupt manufacturers.

Proponents said they want to prohibit those who were injured from obtaining double financial recovery, once through a national trust and once through Arizona courts. Foes said all the measure does is mean more paperwork for those who need money to deal with their health problems.

Another requires developers be given a right to repair or replace any alleged defects, prohibiting the filing of any lawsuit until the all the repairs are completed or until a builder refuses to take further action.

Opponents said the law repeals existing law which guarantees homeowners will get their legal fees and expert witness costs paid for if they win. And they said subsequent purchasers of the property don't even have the chance to get those costs reimbursed.

And landlords are getting the right to order guests off the property, even without the consent of the tenant.