You are the owner of this article.
Edit Article Add New Article
You have permission to edit this article.
Edit
Home
The Mesa Tribune
Scottsdale Progress
The Chandler Arizonan
Gilbert Sun News
Sports
Best Of
Digital Edition
More
Classifieds
Contact Us
1 of 5 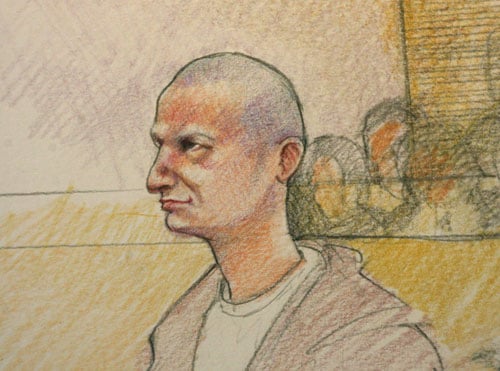 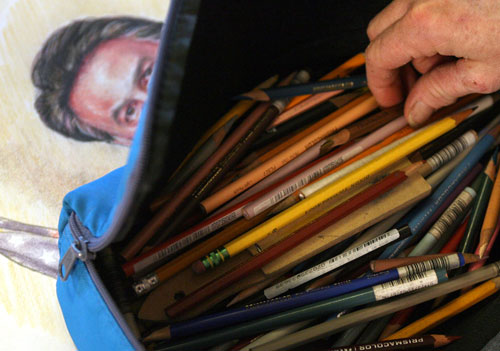 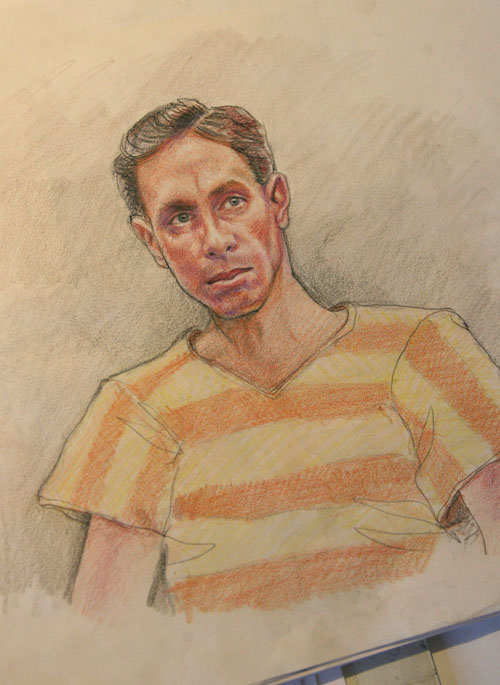 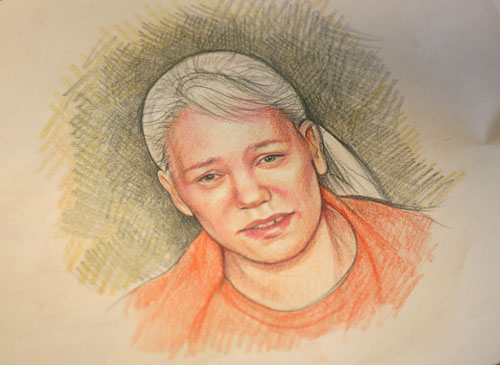 Maggie Keane, of Phoenix, is a courtroom sketch artist who attended Jared L. Loughner's first court appearance. Her past work includes the trial of Debra Milke, who was sentenced to death in connection with the 1989 death of her 4-year-old son. 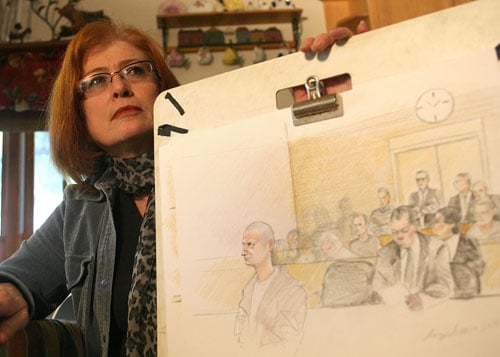 Maggie Keane, of Phoenix, is a courtroom sketch artist who attended Jared L. Loughner's first court appearance, shown with her sketch Wednesday, Jan. 12, 2011 in Phoenix.
1 of 5

Maggie Keane, of Phoenix, is a courtroom sketch artist who attended Jared L. Loughner's first court appearance. Her past work includes the trial of Debra Milke, who was sentenced to death in connection with the 1989 death of her 4-year-old son.

In the weeks ahead, Keane will be inside a U.S. District courtroom in Phoenix where she will sketch suspected Tucson shooter Jared Loughner in what she believes will be the most intense case she has witnessed since the trial involving the murder of Arizona Republic investigative reporter Don Bolles, who died after his car was blown up by a remote-controlled bomb detonated by John Harvey Adamson in June 1976.

Loughner is accused of attempting to assassinate U.S. Rep. Gabrielle Giffords, killing six people including a federal judge and a 9-year-old girl, and injuring 13 others during last Saturday's "Congress on the Corner" event at a Tucson grocery store.

Keane, a Phoenix-based artist, who likes to watch true crime television shows, has been rendering likenesses from high-profile courtroom scenes since KVOA-TV Channel 4 in Tucson, called her to sketch the Bolles court proceedings in 1977. She has sketched many of high-profile court proceedings since then: the trial of former Arizona governor Fife Symington on fraud charges involving abuse of his office and real estate loans, polygamist Warren Jeffs, and Debra Milke, who was sentenced to death in connection with the 1989 death of her 4-year-old son. Two of Milke's male friends took her son to the desert and shot him in the head. The boy thought he was going to see Santa Claus.

"It's a sad way to gain notoriety," Keane said of her job when called upon by news television networks and sometimes judges to sketch a proceeding. "It would almost be nice if services like this weren't needed, but I like doing it. I see it as providing a service."

Keane, a graduate from the University of Arizona with a bachelor's degree in fine art, has always enjoyed drawing. She sketched portraits of people and animals in the 1970s and later painted billboard art in Phoenix in the early 1980s. "When I was a teenager, I got a couple of gigs drawing portraits, one for the Six Flags Great Adventures Amusement Park in New Jersey when it opened and then on my own in Central Park. When I was in school, I used to sit and draw in class and got in trouble for it. I started drawing pictures of my friends and realized I had a knack for it."

Later on as a college student, when Keane said she started seeing courtroom sketches on the news, she thought, "I could do better than that." When she contacted the news stations, KVOA told her to go to a court hearing, do some sketches and bring them in. People on the news desk thought they "weren't bad," and told her they'd call her for the next big hearing, she said.

Then, Don Bolles was killed, and the rest is history.

Usually sitting in the front row of the courtroom equipped with colored pencils and sheets of drawing paper roughly 16 inches by 20 inches, Keane said she first starts out by studying the person's face and demeanor. Keane often has to draw fast. She has produced television-ready art in five to 15 minutes that are viewed on television almost immediately after a proceeding concludes.

"All I want to do is get the face of the person in the news," Keane said. "If I can get a likeness, I'm happy ... If something else is going on in the courtroom, I try to get that, too. But the first thing I try to get is the eyes because that's where the most expression and likeness will be. The eyes say a lot."

Keane, who was born in Brooklyn and grew up in New Jersey, said she knows she is part of a dying breed. She usually sketches about two court proceedings a year, much less than she used to before cameras were permitted in courtrooms in the mid-1980s. Keane believes she now is one of about three courtroom sketch artists in Arizona.

She sketched Loughner, 22, for CNN News during his first court appearance last week, and described his demeanor as "very robotic and intense," and "nothing like anything she had ever seen."

"I didn't know what to expect," Keane said. "He was off in his own world, so it seemed. I got kind of a chill. He gave me the creeps. With him (Loughner), I couldn't find his eyes. One was hidden under a bruise and they'd get lost under his brow in an intense frown, and then, he'd smile off into space ... It looked like they captured an alien that crashed to earth in a spaceship and they brought him into the courtroom in handcuffs and shackles."

Keane said in the upcoming hearings involving Loughner, she'll try to capture his facial expressions to see if they'll portray any indication of what he's up against or if his face will portray his state of mind.

Giffords able to stand up as she readies for rehab move

TUCSON — Less than two weeks after surviving a bullet through the brain, Rep. Gabrielle Giffords stood up and looked out the window of her hos…

Iv'e been wondering for a while,anyone know why the nuts head was shaved? is it a policy to shave all the inmates heads? The media loves the picture,its about the only one they show.Did he look like that in his everyday life? I know maybe he had another magazine hidden in his hair. Most likely some media nut thought it would be a good idea. If he had a shaved head durng his eveyday life we could have spotted him easiers huh?.